Government has appointed Shri Ravi Mittal, IAS as the second full time Chairperson of the ‘Insolvency and Bankruptcy Board of India (IBBI)’. 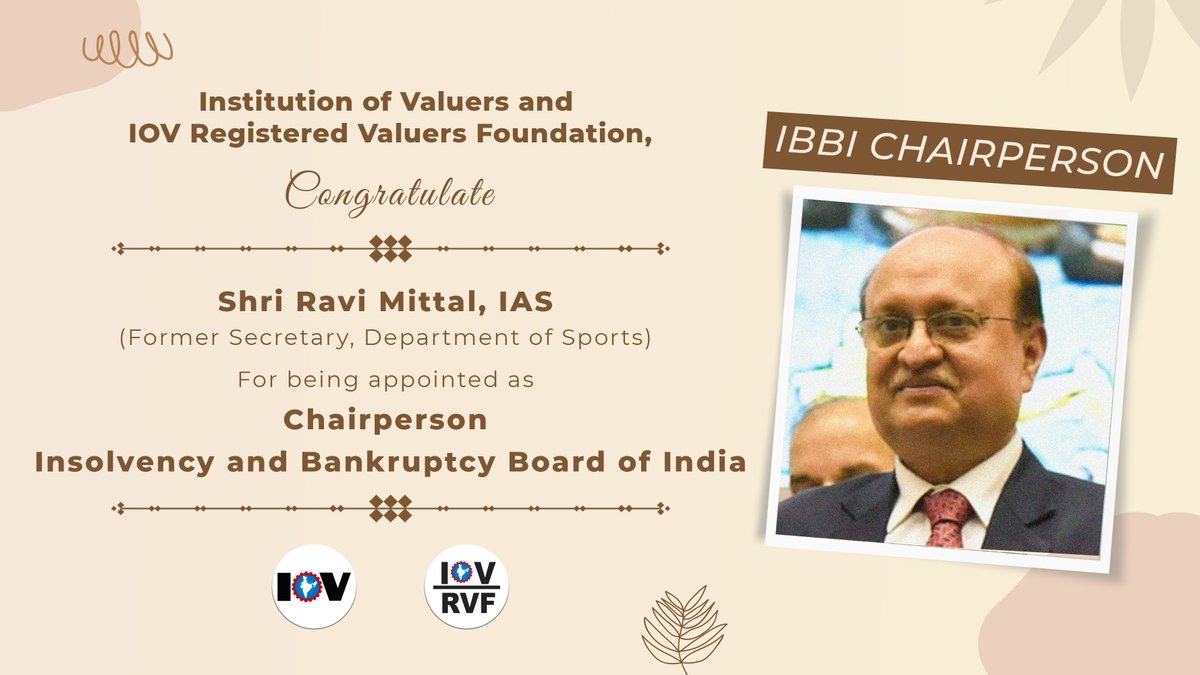 Shri Ravi Mittal took charge as Chairperson of Insolvency and Bankruptcy Board of India in New Delhi today.

Prior to joining the IBBI as Chairperson, he superannuated from the position of Secretary, Department of Sports, Ministry of Youth Affairs and Sports. He has also served as Secretary, Ministry of Information & Broadcasting and Special Secretary, Department of Financial Services, Ministry of Finance. He has also served on Boards of various organisations including State Bank of India, Punjab National Bank, GIC Re etc. During his service, he has served in varied capacities in various Ministries and Departments of the Government.